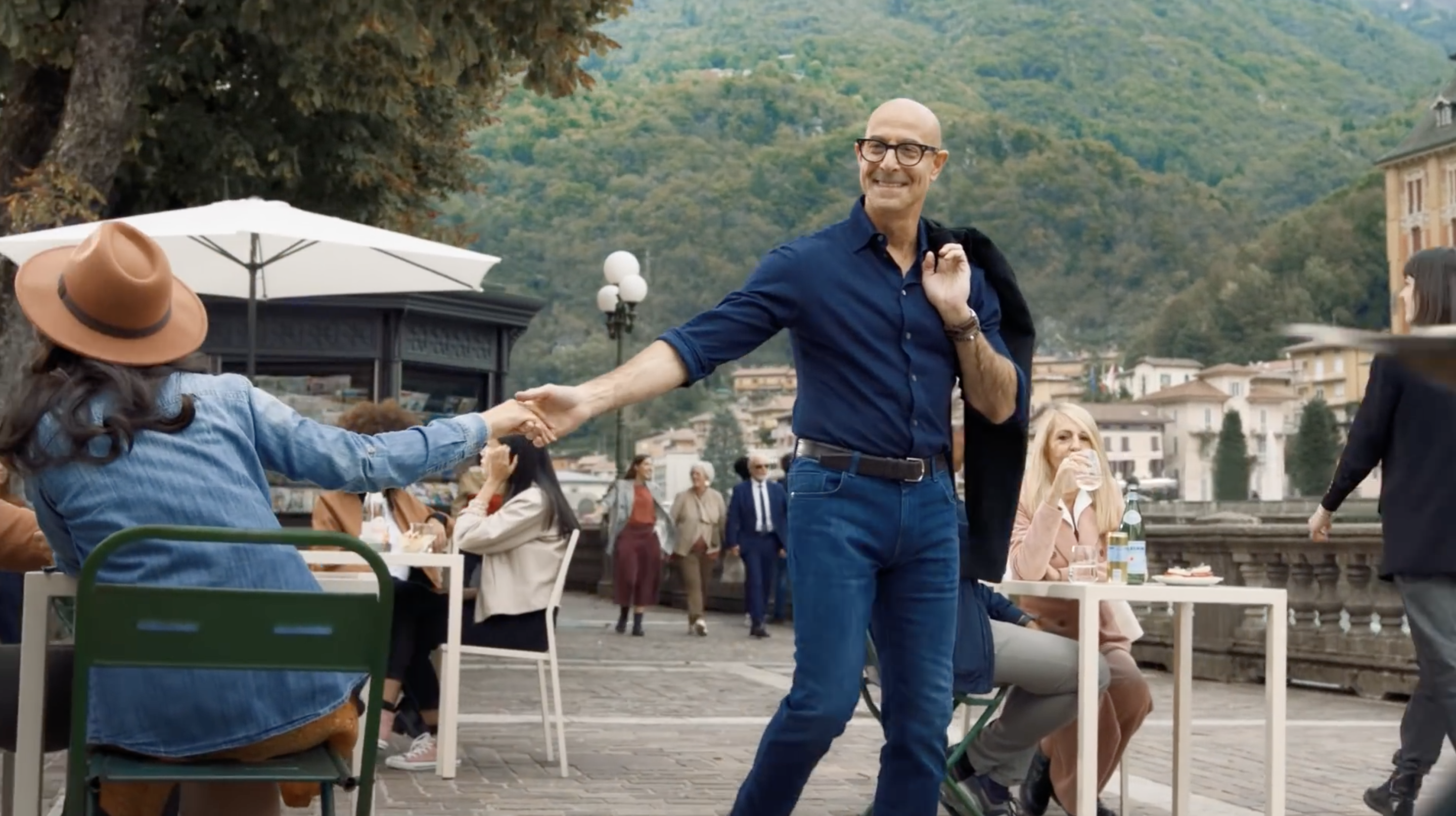 The team had only 11 days to prep for the two-day shoot – and the star himself was only available for 10 hours. Many of the shots were filmed inside the town’s art nouveau Casinò, which presented the team with plenty of lighting challenges. In fact, the Casinò was used for many of the interior shots with the clever use of sets, while external scenes were all filmed in the streets and piazzas around the town, cutting down carbon emissions and costs.​

Achieving 1.5 billion impressions in 176 spots, the film surpassed the client’s targets and was named ad of the week on The Drum.